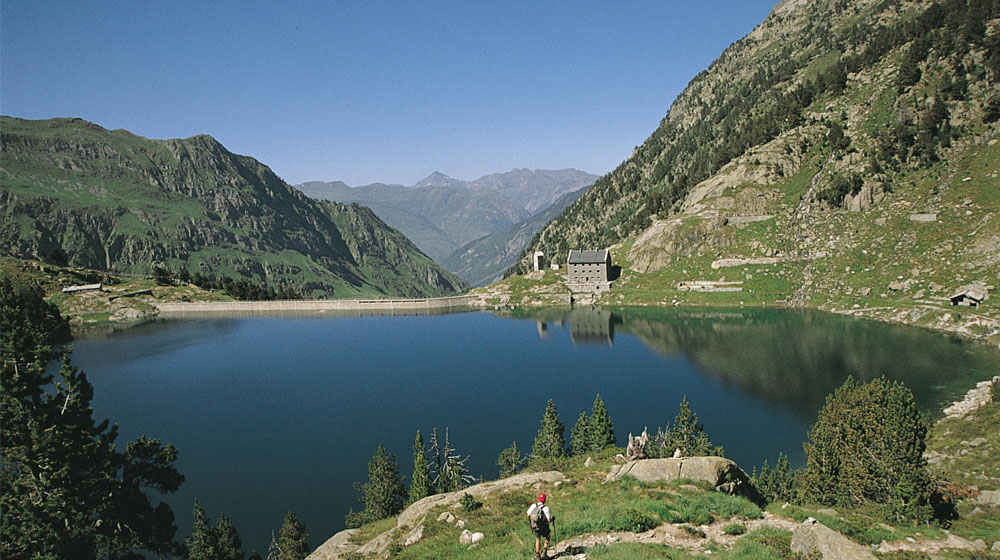 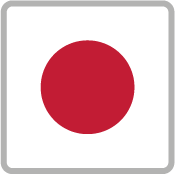 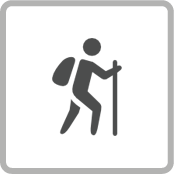 In the village of Arties the Valarties valley begins. Its green fields contrast with the coniferous forests and the imposing peak of Montardo. The itinerary is a introduction to hiking in the high mountain region between precipitous peaks, rock fields and lakes. It is part of the hike up the Montardo Mountain. You will hike through fir and black pine forests laden with intermittent berry bushes and red elders. Plants such as the rhododendron stand out with their red flowers at the beginning of the summer and the blackberry and raspberry bushes also flourish in this area. These are a favourite for the local fauna. The forests are full of animals such as the wild boar, the roe deer, fox and the marten. Outside of this area and at a higher altitude the most abundant animal is the chamois (a goat like animal). Next in number are the marmot and these are followed by the restless stoat or short tailed weasel.

Starting point is the Pontet de Rius passing by the cabin turn left following the GR-11 marks. The trail ascends an irregular path although well defined which sweeps through the thick forest of pine and fir trees. Upon reaching the top of the first ascent take the trail leading to the right and continue along progressively gaining altitude. The dam of the Restanca lake becomes visible once the forest opens up and you reach the lake itself. The Restanca refuge is on the other side of the dam (1). Behind the refuge you will see the steeps cliffs of Agulhes deth Montardo. The itinerary continues without crossing over the dam. The GR 211 goes to the right and goes over a small pass. The trail follows the base of the Tossal del Mar. There is a descent of about 100 meters to reach a small valley where you can see the exit point. You will hike along a small rock field still following the GR marks and you will traverse alongside the Raspes de Rius. Where the trail approaches the river leave the GR (2) to go to the right looking for the Barranc (ravine) de Rius. Cross the river on a large stone slab and continue along a trail at times well marked and other times covered with grass and flowers while descending the Rius Valley. Passing the Rius cabin the cairns (rock markers) are more visible taking you finally to the starting point.

Take the time to reach the Mar Lake or the Cap deth Port Lake. Consult with the refuge keepers before beginning these excursions.

The remains of buildings and tunnels from the past are remnants of constructions begun in the 40’s to bring the mountain’s waters to the hydroelectric centre of Valarties. This was an immense project with dams and 19 km of tunnels and galleries connecting the lakes to the heart of Valarties and neighbours of Colomèrs and Saboredo. The rhododendron (rhododendron ferrugineum) produce irregular shapes yellow in colour called “agallas”. They are like tumours provoked by insects, fungus or bacteria and serve as the plants’ defence against intruders. The “marmot oil” is the oil from the macerated rhododendron. It is often used as an anti-rheumatic and anti-inflammatory medicine. The chamois is the most characteristic mammal of the Aran Valley. It lives between 1000 and 3000 meters above sea level. In the winter they descend to the top border of the forest and in the summer they go up the mountain in search of the best pastures and snow covered areas.